Visiting the Cactus Garden in Casarabonela 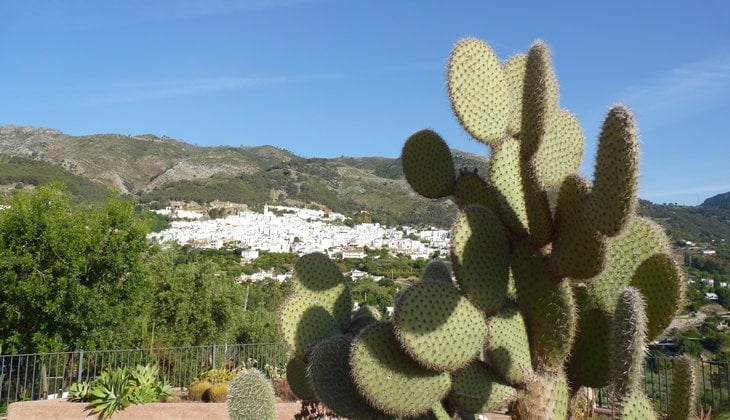 Casarabonela has a hidden treasure. Like something out of a fairytale, the 'Mora i Bravard Botanical Garden of Cacti and Succulent Plants is home to one of the most important botanical collections in Europe. More than 2,200 species from different continents live side by side here in the heart of Sierra de las Nieves, a natural paradise which is just a stone’s throw away from the Costa del Sol and cities like Marbella and Málaga.

This valuable collection is the result of one married couple’s passion for plants: Edwige Bravard and Joan Gabriel Mora. In 1995, they both decided to move from Mallorca to Casarabonela, where they found that the land was ideal for certain species which are accustomed to arid climates and which are capable of accumulating large quantities of water. In March 2011, they finally opened the garden in the outskirts of Málaga.

The site covers 8,000 square metres and brings together around 11,000 specimens from 45 botanical families. Some of the species that can be seen here are in danger of extinction and come from parts of Madagascar, the Arabian peninsula and Mexico. There are also specimens from countries as diverse as the United States, India and Morocco.

The Garden includes a greenhouse, as well as the garden itself. All the way round, there are explanatory panels with information on each species.

And visiting the garden is a spectacle of colour: throughout the year, you will find plants in bloom due to the different flowering periods of the species.

The 'Mora i Bravard' Botanical Garden of Cacti and Succulent Plants is open to the public from Tuesday to Sunday and offers tours in Spanish and English.