Story of the biznaga, a symbol of Málaga 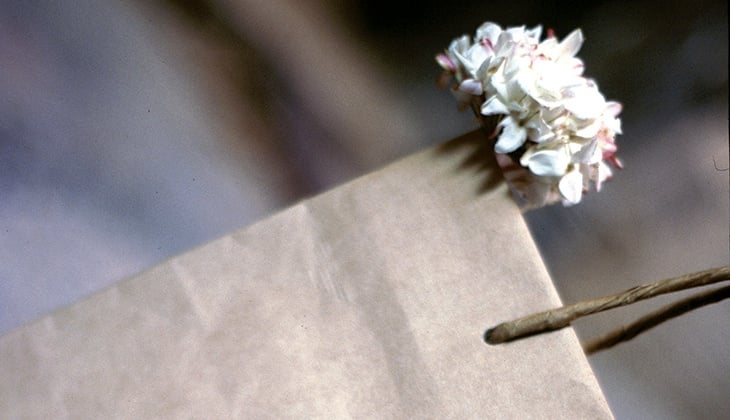 When you visit Malaga, you’ll probably notice the little bunches of white flowers that are sold in the streets. They are biznagas and they are a symbol of the city.

It’s customary to make them in summer, but you can make them all year round due to Malaga's excellent weather. We explain what they are made of, where to find them and why they are present in some of the major events on the Costa del Sol, like the Malaga Spanish Film Festival.

Origin of the biznaga and how to make them

The word biznaga comes from the Arabic and means “a gift of God". In the old days it was used as an air freshener due to its pleasant fragrance, and as a natural mosquito repellent. Now it has become a decoration, as well as one of the emblems of Malaga.

Biznagas are handmade, using jasmine and the stalk of a nerdo, a kind of thistle that is collected in late spring. The jasmine flowers are inserted onto the umbels of the nerdo when they are still closed. In the evening, the flowers open up, releasing their characteristic fragrance.

There are many types of jasmine but the one most frequently used is the Royal Jasmine, which is white and has a sweet aroma. 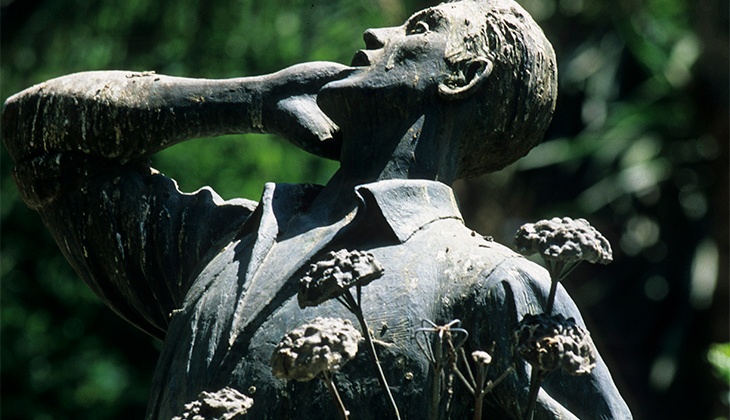 A biznaguero is the man who sells bizanagas on the street. He wears traditional dress and normally carries the biznagas stuck into a penca (a prickly pear leaf). The biznaguero is also given the task of making the biznagas and he must get ready to do so long before summer. He collects the nerdos in late spring, before the heat starts. Then he removes the leaves and unwanted stalks, until only the part that will serve to make the biznaga is left. Then, he leaves the stalks to dry out and turn brown so they will be rigid enough to bear the jazmine. When summer comes, the biznaguero collects the prickly pear leaves and removes the prickles. Finally, he gathers the jasmine.

A statute known as El Biznaguero stands in the Pedro Luis Alonso Gardens as a tribute to the jasmine sellers.

One of the most important events for selling biznagas is during the Málaga Fair, which is held in August. Calle Larios almost becomes a street market, with biznagueros offering the fragrant little bouquets to visitors.

The biznagas also play a major role in the Málaga Spanish Film Festival. Each year, the winners are awarded a silver-plated biznaga. The coveted Golden Bizanaga is the maximum award.

Jewellery, brooches and many other handmade souvenirs are ready for you to buy for yourself or give to your friends as a gift.

You can also find model biznagas made with wood or china. If you are a collector, there are even old posters of the Malaga Fair and the Film Festival that show the symbolic "Malaga flower".