All you need to know about the Malaga Film Festival 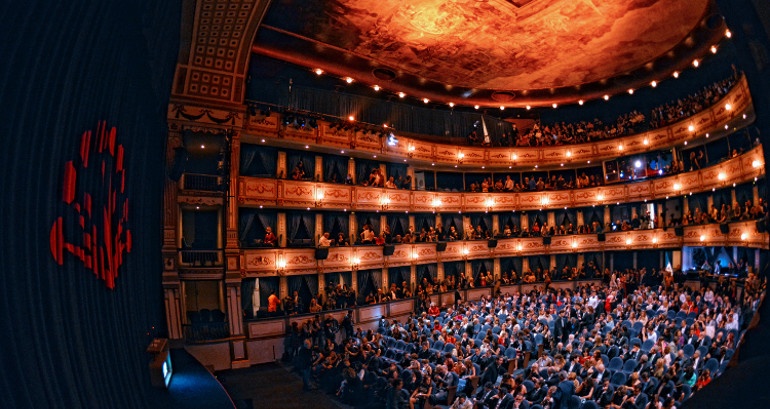 The capital of the Costa del Sol is celebrating an anniversary. The Malaga Film Festival has reached its twentieth year and to celebrate it’s offering the best of the seventh art from Spain and Latin America. Actors, directors and industry representatives will once again walk Malaga’s red carpet, which this year will be extended in front of the Cervantes Theatre between 17 and 26 March.

How it all started…

Since its inception in 1998, the Malaga Festival of Spanish Language Film has been consolidating itself as a cultural reference point in Spain. The event was created to promote the dissemination of Spanish and Latin American cinema, and its programme now draws in over 130,000 spectators and participants. A programme in which the projections of feature films, “shorts” and documentaries are seasoned with various artistic and recreational activities.

A total of 23 titles make up the official section of the Malaga Film Festival, meaning that there’s room for horror films, dramas, comedies and thrillers. With this selection, the event brings together films which range from the latest productions by veteran filmmakers to debut films by new directors.

The Biznaga de Oro is the highest award of the competition. The 17 films from eight nationalities which aspire to win this award share a common denominator, which is new this year: the Spanish language.

The commitment to Latin American cinema is one of the hallmarks of this gathering. This year, in addition to Spain, the following countries are represented: Argentina, Brazil, Chile, Colombia, Cuba, Mexico and Uruguay.

The Cervantes Theatre will host the opening and closing galas as well as the screenings of the films in the official section. After their release, these films are shown in the Albéniz cinema, where films in the ZonaZine, short films in competition and special sessions will also be shown. Other festival venues are the Echegaray Theatre, the Malaga Picasso Museum and the María Victoria Atencia Cultural Centre.

The easiest way to buy tickets is through the Unientradas online portal. They can also be bought through the Unicaja Uniticket telephone service (902.360.295 and 952.076.262), at the screening venues (they are available from the Cervantes Theatre and the Albéniz cinema from 2 March) and at the box office being set up in the Plaza de la Merced from 16 March.

Seat prices range from 10 euros down to 4.5 euros, except the tickets for the Cosecha del Año section. This section offers the opportunity of seeing Spanish productions from the past year on the big screen for just 1 euro.

The latest film by Álex de la Iglesia, “El bar” (The bar) will open the 20th Malaga Festival of Spanish Language Film. Closing the show will be “Señor, dame paciencia” (Lord, give me patience) by Álvaro Díaz Lorenzo, during a gala evening presented by singer Diana Navarro, who is from Malaga.

During the ten days of the event, there will be more than 200 screenings. The grand finale will come on 26 March, after we know the list of winners, with a marathon screening of the winning films and a concert dedicated to film music at the Cervantes Theatre.

One of the new features of this year's Malaga Film Festival is the launch of Spanish Screenings. This is a forum aimed at professionals from the sector which brings together distributors, producers and industry representatives interested in Spanish cinema.

Other highlights are the documentary film meeting in the Rectory of the University of Malaga and the GastroWeekend, which aims to bring together the seventh art and gastronomy in the capital of the Costa del Sol. And don’t forget the exhibition of photographs about the festival, which is privileged to have Calle Larios as its stage.