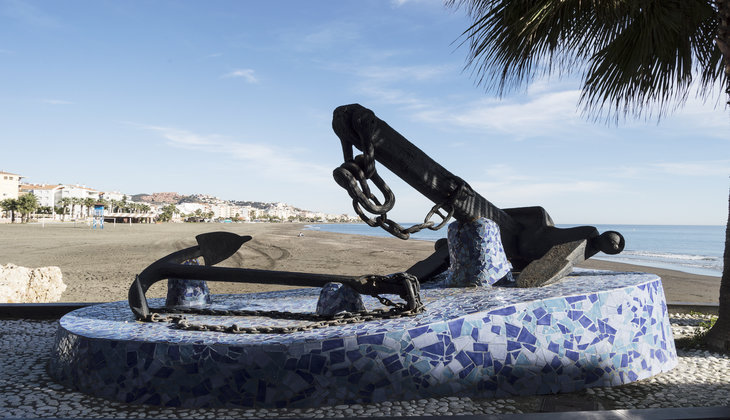 There are many villages in the Costa del Sol with a large fishing tradition. These seaside towns preserve their roots and keep lively their ancient traditions. Feel the Mediterranean fragance and start a journey to discover from typical natives boats to regional dishes in which the sea is the real star. Will you join?

Nerja is one of these villages where, with just an step into it, you will advise its fishing history. No wonder it was the real setting for the legendary serie ‘Verano Azul’, and keeping it in mind, it preserves ‘La Dorada’, lovely Chanquete's boat, in one of its squares. The local gastronomy mainly feeds on fresh fish, although there are also many dishes cooked with tropycal fruits.

As seaside town, it celebrates la Virgen del Carmen festivity every july 16th. The party, that starts with a florished offering the previous evening, ends with a ‘moraga’ on the villages beaches, as in many others coustal towns..

Half way between Torremolinos and Marbella, Fuengirola  is one of the big tourism spots of the province. Many fishing ships -jábegas- can be watched along its 8 kilometers coast. The town has managed to spread out over time practices and traditions that remind its fishing origin. For the last three years, when summer comes, the town Council has honoured fishers with a party in which, among other activities, sardine espetos, soft drinks, childrens workshops and a charanga animation are offered.

Rincón de la Victoria, a very closed town to Málaga city, still preserves some of his fishing character and lays some of the best beaches along the Málaga coastline. At the same name beach, located in the downtown, it is located the Club de Bogadores Rincón de la Victoria, a team that plays at the liga de jábegas, the rowing sport competition that is celebrated on Málaga seawater.