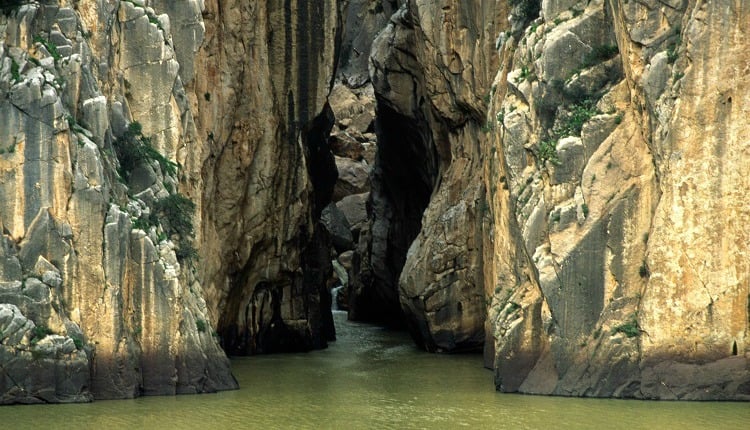 Sometimes nature can astonish us with its ability to create marvellous sites in a totally arbitrary fashion. The persistence of the water of the Guadalhorce river over centuries has moulded the rocks of the Desfiladero de los Gaitanes until finally converting it in one of the most amazing canyons in Spain, and even in the world, and a must-see place in the province of Málaga.

This spectacular setting is also known as El Chorro and it is located between the towns of Álora, Antequera and Ardales. It is over 5 kilometres long and its entire length is spanned by a combination of wider open spaces and other parts where it becomes a very narrow passage, where a single person only just gets through on foot and where the riverbed runs between rock walls that are almost 400 metres high.

Within the more than 5,000 metres of the gorge, several different geological formations, such as caves and chasms can be found. It is for this reason that it is one of the most-visited places in the province of Málaga by lovers of potholing and rock climbing. There are more than 300 different routes in the walls of the El Chorro gorge for doing these activities.

The Desfiladero de los Gaitanes is also home to some remarkable bird species, such as the griffon vulture, which weighs more than 10 kilos and has a wingspan of over 2.5 metres, and the falcon, a bird that feeds on the doves that inhabit the same territory. Mountain goats are also often found in the highest parts of the area. 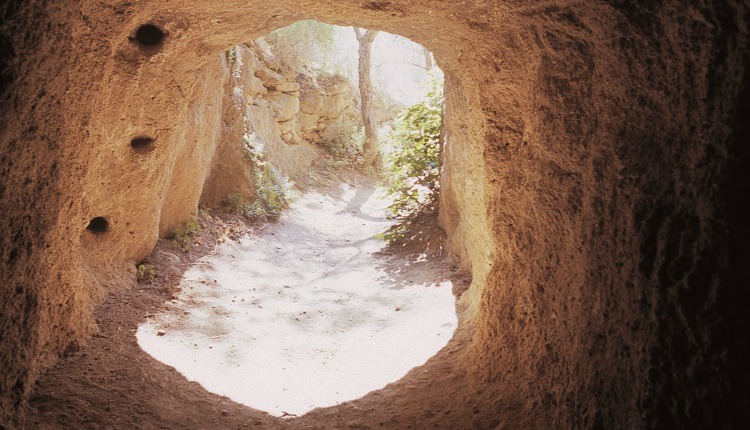 In 1987 this natural area was designated an Outstanding Location in the Catalogue of Areas and Assets protected by the province of Málaga. Two years later (1989), the Autonomous Government of Andalusia classified it definitively as a Natural Area. The importance of this area for Málaga, however, comes from the past.

At the beginning of the 20th century, a walkway was constructed along the side of the Desfiladero de los Gaitanes at a height of more than 100 metres. The purpose of this walkway, known as the Caminito del Rey, was to provide a platform for the workers who built the railway lines that cross the province.

After being abandoned for years and considered one of the most dangerous walkways in the world, the Caminito del Rey was re-inaugurated in 2015. Since its reconstruction, it is now once again possible to walk through the entire gorge on a hanging walkway at a height of more than 100 metres. A vertiginous route.