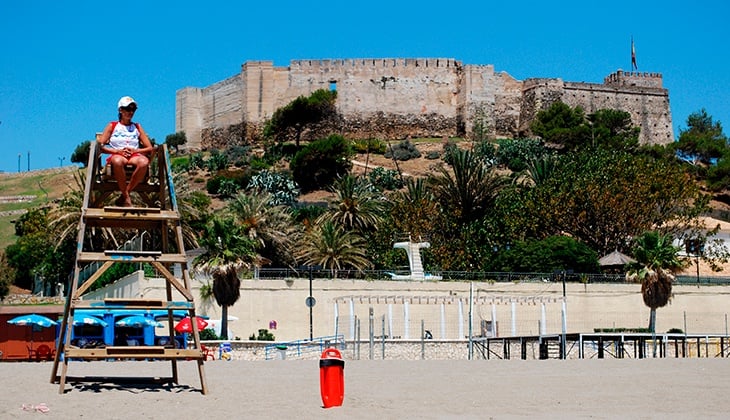 Destroyed and rebuilt several times along History, the Castillo de Sohail in Fuengirola is without doubt one of the most important monuments in the town. This fortress is 38 metres high over sea level, what gives it a wonderful view along the coast, that let us understand the reason if its construction. Would you like to know a bit more? Let's go!

Did you know that the first rock was placed by Arabians? The Córdoba Caliph Abderramán III ordered to build a little citadel here in 956 because of its perfect location. Its aim was to make the coastal defences stronger. Later, in the 12th century, Almoravids reinforced the structure with walls and towers, building an Alcazaba.

There are few remains left of the Alcazaba, due to the Christians' advance during the Reconquest versus the Nasrid Kingdom. The fortress was conquered in 1485, being almost totally destroyed during the battle. It was later rebuilt and transformed into another fortress, similar to this that we can see nowadays.

During the Independence War, Napoleon army conquered the castle in 1810. But this French victory did not last too much! Two years after, the Spanish army conquered Fuengirola and its castle. From that moment, it was used for different purposes, one of them as Caballería del Ejército y Fuerzas del Cuerpo de Carabineros y de la Guardia Civil HQ.

Nowadays It has become a common place for events such as the Ciudad de Fuengirola Festival, Marenostrum Music Castle Park, South Moon and many others. The castle's surroundings, with gardens and sea views, are a must visit for any tourist.

Just at its feet there is a dog beach!  It has a perfect access for dogs, with areas to leave droppings. It is a thin and black sand beach, crowned by the castle with the same name. You only must know that, if your dog's weight is over than 20 kilos, it must wear muzzle and you have to carry its identification document.