More than 70 opportunities to discover the Costa del Golf

Located in the south of Spain, in Andalusia, the Costa del Sol stands out not only for its climate, gastronomy and culture, but also as the ideal destination for golf lovers. Its more than 70 courses dedicated to the sport (almost 70% of those that exist in Andalusia), have made it the area with the greatest concentration in Europe, earning it the nickname of the Costa del Golf.

Thanks to its exceptional location by the Mediterranean Sea, it has an average temperature of 20 degrees and more than 320 days of sunshine per year. The Costa del Sol is a safe bet for enthusiasts and professionals who want to play at all times of the year.

Since the foundation in 1925 of what was the first golf course in Andalusia, the Real Club de Campo, now known as the Parador de Málaga Golf, interest in the sport has not stopped growing, which led to an increase in the number of areas set aside for the game, although it wasn’t until the 1960s when the number of golf clubs really grew exponentially. Nowadays, the area has the highest concentration of golf courses in Spain and Europe. 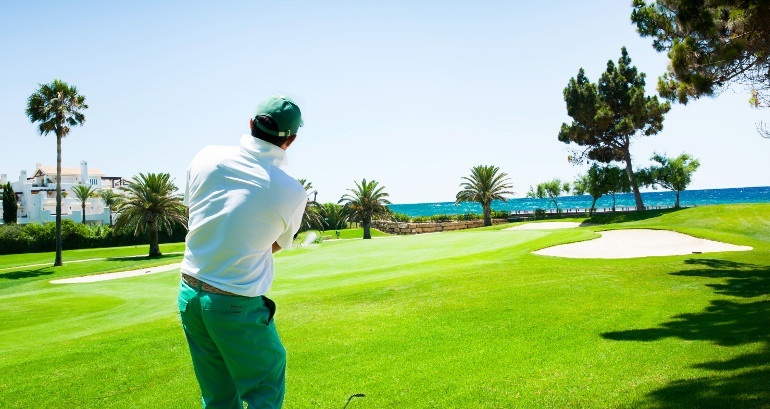 At present, the Costa del Golf has more than 70 highly competitive courses, many of them the work of renowned architects, such as Robert Trent Jones. This is the case of Valderrama, one of the most emblematic in Spain, which has even been recognized as the best course in continental Europe on several occasions, in addition to being the first course outside the United Kingdom to host the legendary Ryder Cup tournament.

There are many others, however, that also enjoy international prestige. The world’s golf stars have also contributed to the design and development of several golf courses in the province, such as Tom Simpson, Michael Campbell, Peter Gustafsson and Cabell Robinson. They have also contributed with their designs to the creation of magnificent specific areas for players to practice getting birdies on the Costa del Sol.

In this way, it’s not only the architects, but also internationally recognized players, such as Miguel Ángel Jiménez who was born and raised on the Costa del Sol, who have used their talent and experience to the promote the Costa del Golf. Also, others like Severiano Ballesteros and José María Cañizares have left their mark on this destination, with great victories.

Some areas contain such a large number of golf courses that they’ve been named specifically as a result, as is the case of the Golf Valley, which hosts up to 12 of the courses in the province of Malaga, located in the surroundings of Mijas and Alhaurín de la Torre.

Playing golf on the Costa del Sol is a treat for players who can see for themselves why the Costa del Sol has been recognised as the best European golf destination by the International Association of Golf Tour Operators (IAGTO). 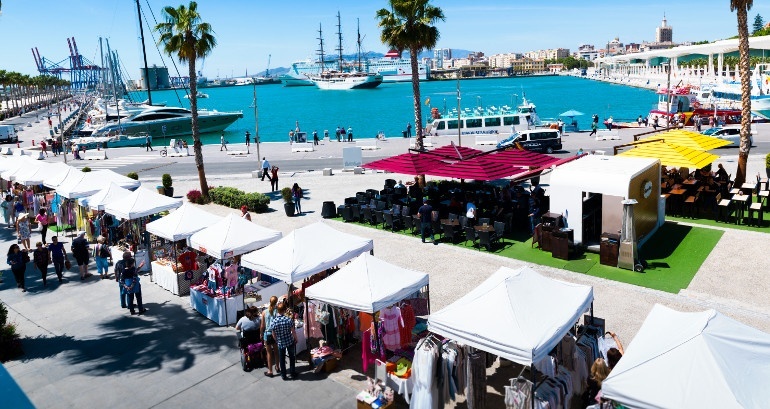 Its range of leisure activates and its cultural, gastronomic and sightseeing offer will make your stay a continuous roller coaster of experiences and emotions since the province’s more than 70 golf courses, multiple schools, the best climate in Europe and exceptional connections by land, sea and air make Malaga a true paradise for lovers of this sport.

Beyond its greens, the Costa del Sol has an exceptional cultural and leisure offer. Golfers can take the opportunity to visit one of its 103 towns, discover its museums, walk the streets of its cities’ lively centres, soak up its culture and enjoy its special atmosphere. Gastronomy is another of the main attractions of the province of Malaga. A total of eight Michelin-starred restaurants, tapas bars, haute cuisine restaurants and important wineries, among other options, together with its sporting soul, make the Costa del Sol the ideal destination for golf lovers and for those who are just starting out in the sport.