Fairs and gastronomy in the Copper Forest. Serranía de Ronda. 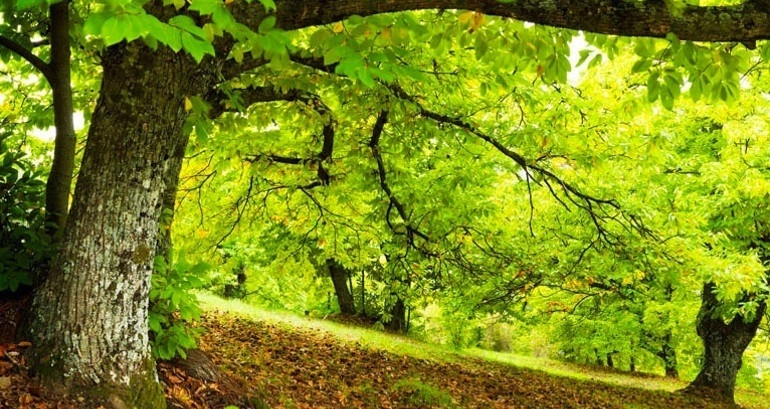 Autumn has arrived and the Serranía de Ronda is transformed into one of the most spectacular landscapes of the Costa del Sol. The magnificent chestnut trees of the Genal Valley paint the valley with ochres, browns, yellows and oranges.

It’s the moment to lose yourself in the villages and landscapes of what is better known as the Bosque de Cobre (Copper Forest).

The colours and villages of the Copper Forest

Located in the Serranía de Ronda, the Copper Forest extends through the municipalities of Alpandeire, Benalauría, Cartajima, Faraján, Genalguacil, Igualeja, Jubrique, Júzcar, Parauta and Pujerra. The Genal Valley is one of the most significant producers of chestnuts on the peninsula. During October and November, several festivals are held in these villages related to this star seasonal product.

The chestnut, star of festivals and recipes

After the chestnut harvest ends, the various towns hold festivals in honour of the chestnut. Among the most notable events are the Yunquera Chestnut and Wine Festival (27 and 28 October) and the Pujerra Chestnut Festival (3 and 4 November). On those days, the streets of both towns are filled with visitors who’ve come to taste the best chestnut recipes and enjoy the activities on offer.

At the beginning of November the tradition in many of the towns of the Copper Forest is to celebrate the popular “tostón”, where roasted chestnuts are distributed among attendees. On this day, you can celebrate with the locals by visiting towns including Genalguacil, Júzcar, Igualeja and Cartajima.

Beyond this zone, there are also celebrations in honour of the chestnut in other parts of the province of Málaga. Specifically, in Ojén, in the Sierra de las Nieves, on the first Sunday in November, the Tostón Festival takes place, at which chestnuts are distributed to locals and visitors.