Everything you need to know about Raquel Carriedo, the first Spanish golfer to play the Solheim Cup 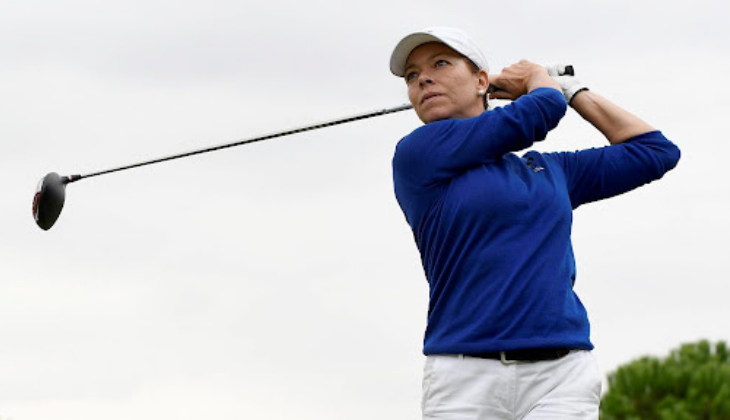 Raquel Carriedo started playing golf at La Peñaza club when she was young. Turning pro in 1995, she went on to win a number of tournaments on the European tour and become the first Spanish golfer to qualify for the Solheim Cup. Carriedo is currently an instructor at her club’s kids academy. In this interview, she talks about her career and how the women’s game has evolved over the years.

1. At what age did you start playing golf and when did you realise it was more than a hobby?

I started playing when I was 6 and I always loved it and was good at it. Every weekend I went to my class and kept signing up to tournaments, while my friends were starting to drop out. When I was 16, my instructor, Vicente Ballesteros, told my parents that I should pursue a career in golf, but it wasn’t until I finished my studies in Tourism that I decided to go pro. As soon as I gained the card for the European tour, I saw success and stayed in the world of golf for many years. 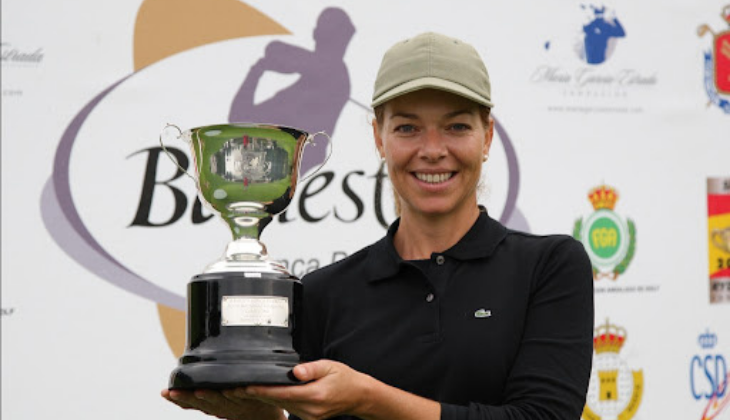 2. What difficulties did you face when you became the first Spanish golfer to play the Solheim Cup?

Back in my day, there were very few professional women players so becoming the first Spanish golfer to qualify for the Solheim Cup was incredible. It was an enriching experience that made me mature a great deal as a player, but unfortunately the tournament didn’t get the recognition it deserved. I remember at the ceremony, when the Spanish flag was raised and the national anthem was played, there was not one Spanish journalist there. Which was a shame. But fortunately things have moved on a great deal since then.

3. How has the women’s game evolved over the past few decades?

Nowadays, there’s much more media coverage of the women’s game and fans tend to know the names of many female players. There’s also a lot more support from institutions and brands. All this means that over the past few years many young women have decided to turn pro and many of them have found great success. It’s no longer viewed as something weird to do.

Being a pro golfer is as hard as being a pro in other sports. You have to live a healthy lifestyle and be organised in terms of training sessions, diet and rest. Nowadays, players are extremely well prepared, both physically and mentally. Golf has evolved a great deal in all areas and players now have a team that works with them. Before we were a little bit more on our own and the experience taught us lessons and hardened us up a bit. Not to detract from the hard work they do now; I would have loved to have all that. On competition day you start doing some stretches when you wake up. Then an hour before you’re due to go out, you hit some warm-up swings and putts. You then play the 18 holes, eat and return to the course for a couple of hours to correct your errors ahead of the next day. Then you go and rest or, if you’ve got the energy and you’re young, you try to see something of the destination you’re in. But you often don’t, hahaha.

5. What are your best memories of being a golfer?

My best memory is my first victory. I won the Taiwan Open after coming second nine times. This win therefore came with a huge sense of release and liberation. 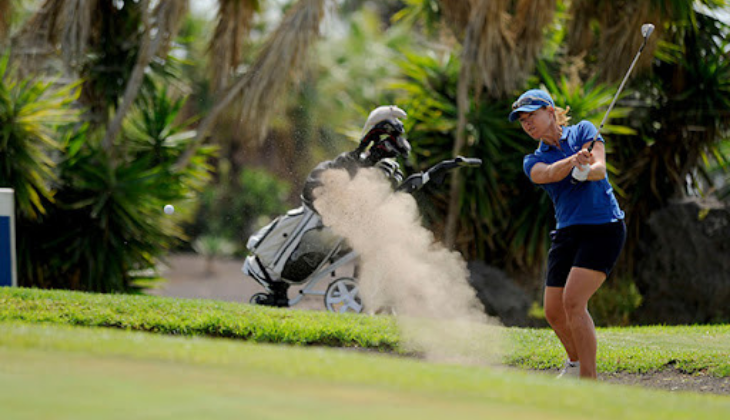 6. What is your relationship with the game today?

Nowadays, I exclusively dedicate my time to teaching. When I had my two children, I retired from the international tour but I spent a couple of years combining teaching with the national Banesto Tour and the Santander Tour. Injuries prevented me from continuing to play so now I teach.

7. What are your favourite courses in the Costa del Golf?

I’ve played many wonderful courses in the Costa del Sol. The truth is that there are very many and the quality is high. That’s why we call it the Costa del Golf. I played the course at Finca Cortesín once for fun years ago and I thought it was a spectacular and challenging course. As a choice of host, it’s certainly a winner.

8. Will you be at the Solheim Cup in the Costa del Sol next year?

I’m not sure whether I’ll be at the Solheim Cup yet, we’ll see. You get a better view on the TV, hahaha. What I am sure about, however, is that it's an event of international interest that no golf fan will want to miss and that will give the Spanish golf industry a boost. The greatest women’s tournament coming to Spain for the first time. An achievement that we should recognise and support.

If, like Raquel Carriedo, you want to play a couple of rounds in the Costa del Sol, you’ll find a wide selection of courses, academies and services for you to choose from. Come and enjoy a golfing destination par excellence.