The countdown begins for the Solheim Cup 2023 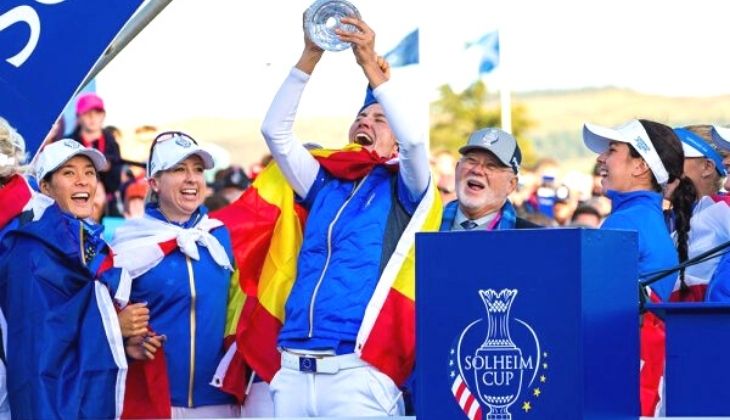 The countdown has already begun: for the very first time, in 2023 the Costa del Sol will host the Solheim Cup. All the institutions and companies involved are already hard at work planning each and every detail of this international event.

The tournament will be held from the 18 to the 23 September 2023 in Finca Cortesín, a beautiful golf course in Casares. For the first time in the history of the competition, the United States and Europe will face each other in Spain, a landmark that will thrust the Costa del Sol into the sports spotlight. The Spanish government has declared the Solheim Cup 2023 an event of exceptional public interest, making it the first event in women’s golf to receive the accolade, further emphasising the significance of the competition on the international stage. 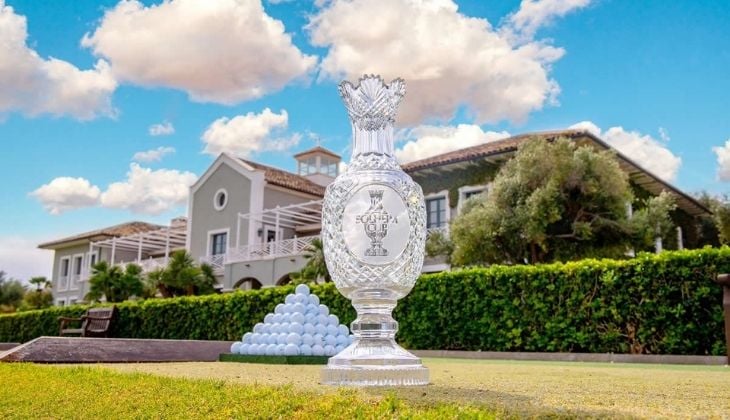 Contested by teams representing the United States and Europe every two years, the championship has already secured sponsorship from both businesses and institutions, namely the Costa del Sol, Andalusia, Marbella council, Benahavís council, PING, Rolex and Acosol. And although Spain, and Andalusia and the Costa del Sol in particular, have extensive experience in successfully hosting world-class sports events (such as the Open de España), the Solheim Cup 2023 represents a unique opportunity to reinforce its position as a safe tourist destination, as well as show its commitment to women’s sport through the sustainable event that will have an international impact.

About the Solheim Cup

As we impatiently await the arrival of the 2023 competition, the next date in the diary for the Solheim Cup is 2021, specifically from the 4 to the 6 September in Toledo, Ohio. The team representing the USA will attempt to win back the trophy from Europe, which won it in the 2019 edition with spectacular putting on the final green of the last singles’ game.

First disputed in Florida in 1990, the Solheim Cup was named after Karsten Solheim, the golf club manufacturer who was the driving force behind its creation. Two teams of 12 players compete over three days in the same format as the Ryder Cup for a total of 28 games (eight foursomes and eight fourballs on the first two days and twelve singles on the final day).

Finca Cortesín, the backdrop for the Solheim Cup 2023

Located in Casares, Finca Cortesín is an internationally renowned golf resort that has hosted three editions of the Volvo World Match Play Championship in the European Tour and has been named, on a number of occasions, one of the top five courses in Spain by the specialist press, such as Golf World and Golf Digest. The 6,808m course and its greens underwent a thorough remodelling in 2017. The course is known for its pristine condition as well as the challenge it poses. There are 18 holes and each is completely different to the next, promising a fun and varied game. It was designed by Cabell Robinson, a designer with an international reputation who worked for Robert Trent Jones Inc. for many years. 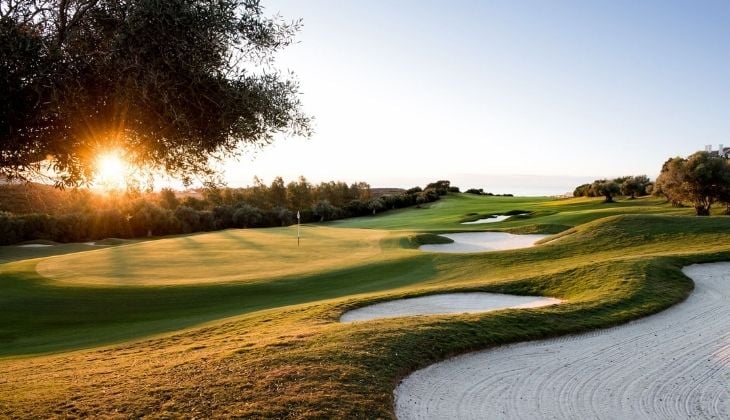 The Costa del Sol has over 70 world-class courses, many of which are considered the best in Europe. The beautiful weather, boundless ways to spend your free time and hotels specialising in golf getaways make the province of Malaga an unparalleled destination for holding international tournaments. Women’s golf has not stopped growing in Andalusia, and the Costa del Sol more specifically, in recent years with some of the best Spanish players working as ambassadors. Discover the Costa del Golf, golf lovers’ favourite destination in Europe.