Cocina en Origen in Torremolinos: a cosmopolitan town with a long fishing tradition that is open to the world 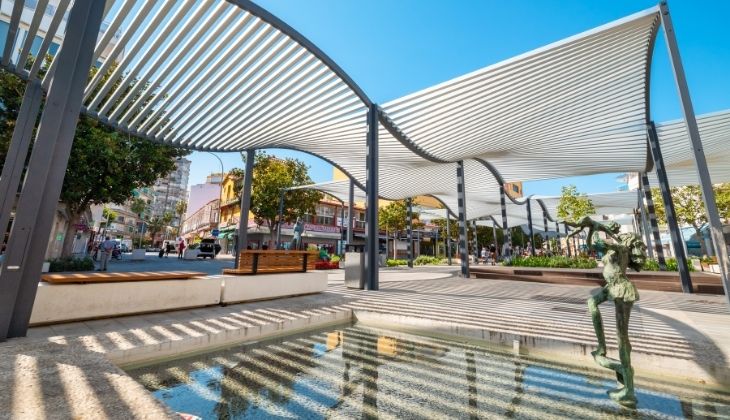 Artists Grace Kelly, Orson Welles, Frank Sinatra and Brigitte Bardot all fell in love with Torremolinos decades ago, when the municipality was just starting to forge a reputation for being a unique and cosmopolitan tourist destination. Over half a century later, Torremolinos still boasts the charms that attracted those legendary names in the first place and is currently one of the most popular choices among tourists in the Costa del Sol.

On the series ‘Cocina en Origen’, Samuel Perea explores the wonders of Torremolinos, immersing you in the origins of its gastronomy to prepare a delicious dish: cazuela de fideos con pintarroja or pasta and lesser spotted dogfish stew.

Beyond its long beaches and the boundless ways you can spend your free time here, Torremolinos will amaze you with its refined cuisine that is characterised by the flavours of the sea. And there is no better place to discover this way of dining than La Carihuela beach. Located in the eastern part of the municipality, La Carihuela was once a traditional fishing village. You can still wander around some incredibly picturesque parts of this area, which hark back to its past life. 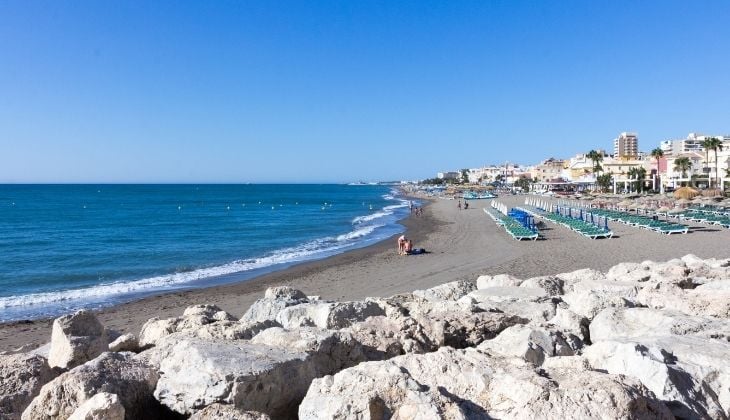 Several decades ago, La Carihuela was the epicentre of cosmopolitan life in the province of Malaga. Here, in addition to a pretty beach where you can lounge in the sun and take dips in the Mediterranean sea, you will find all sorts of services, from hotels and restaurants to pubs, amusement parks and more. But if there’s one thing that defines the beach, it’s its chiringuitos, which pay homage to the town’s fishing tradition. A long line of chiringuitos flank La Carihuela beach, serving up the finest tastes of the Mediterranean, including the well-known dish of pescaíto frito (fried fish).

On the series ‘Cocina en Origen’, Samuel Perea discovers the origins of traditional cuisine in Torremolinos and learns how to prepare a delicious dish: cazuela de fideos con pintarroja or pasta and lesser spotted dogfish stew. 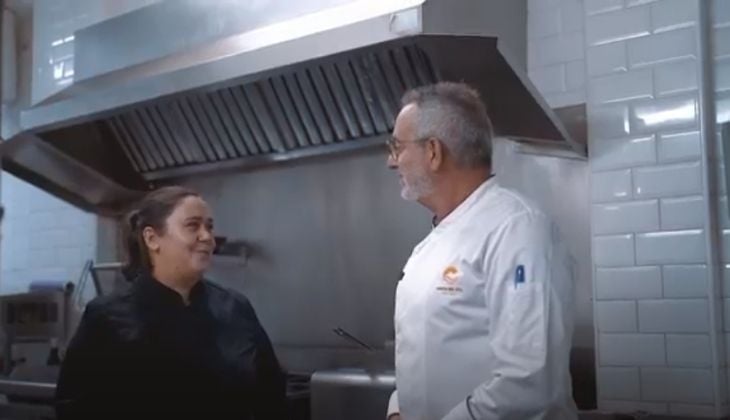 With young chef Cristina Domínguez, Samuel Perea learns how to prepare this irresistible stew that originates from the seaside town of Torremolinos. At the helm of restaurante Caléndula, Cristina imbues her passion for tradition into her cookery, creating dishes that evoke childhood memories. The dish she prepares is cazuela de fideos con pintarroja, a stew made with dogfish and pasta, which she learnt how to make from her grandmother. 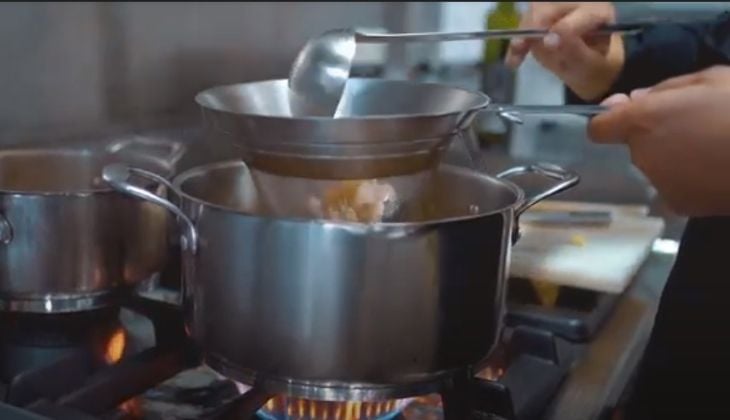 - The first thing you need to do is remove the heads and shells of the prawns. They will be used to make a tasty stock that will form the base of the stew.

- Put a pan on the stove and add a glug of extra virgin olive oil. Add the heads and shells of the prawns, crushing them slightly to release their flavour.

- Add some water and let it all cook over a medium heat for 15 minutes.

- While it cooks, prepare the rest of the ingredients: finely chop the garlic, onion and green pepper into small cubes.

- Peel the tomato and finely slice.

- Put a pot over the heat, add some extra virgin olive oil and then the garlic, onion, green pepper and tomato. Give it a good stir and add a pinch of salt. Then cover with a medium-dry white wine and stir again.

- Add the ground saffron and let it cook for about three minutes.

- Add three handfuls of soup pasta, stir well and let it cook for about 15 minutes over a low heat. About three minutes before removing from the heat, add the clams to the stew.

- Cut the lesser spotted dogfish into pieces and add to the stew. Add the prawns at the same time.

- Leave to rest and then serve. 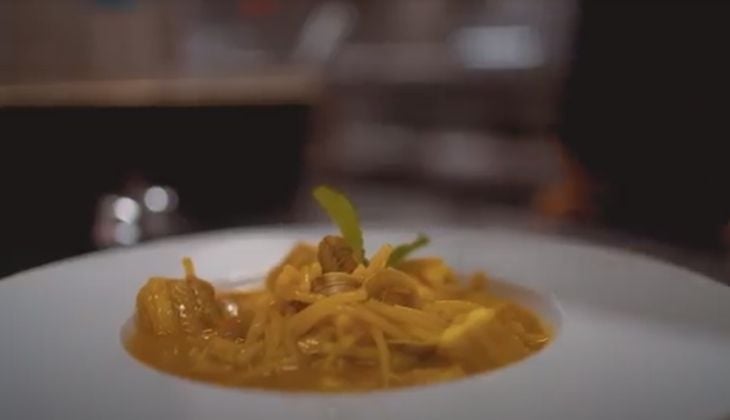 As you can see, this recipe is relatively simple to make and yet its taste will transport you straight to the enchanting chiringuitos lining La Carihuela beach in Torremolinos. Why not try making it for yourself at home and fill your kitchen with the delicious aromas of the sea and the summer. An authentic dish from the Torremolinos culinary tradition. Enjoy!