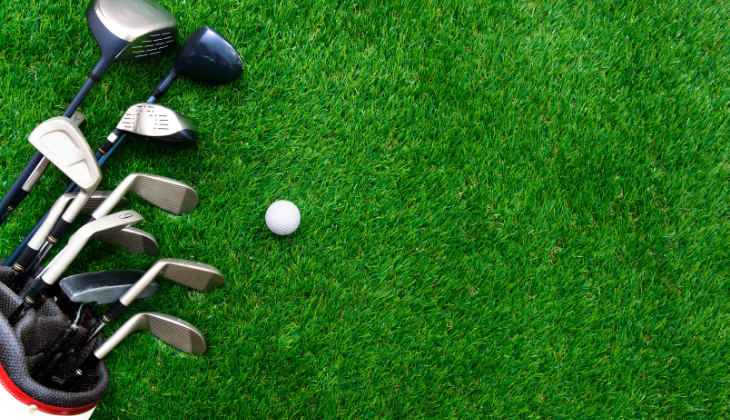 History is nothing if nobody tells the story. The world of Spanish and European golf simply wouldn’t be the same if it weren’t for María Acacia López Bachiller, the legend of golf writing. Acacia started working in the field in 1973, retiring just four years ago, in 2018. For a total of 45 years - a whole lifetime - she narrated everything that was going on in golf, a sport that was coming of age alongside her career as she saw great players accomplish memorable feats. She was there for the apex of Severiano Ballesteros, the golden age of the Armada Invencible, the great duels of the European Tour, and everything else. In this post, we’re going to take a look back at Acacia’s great career - keep reading. Was it a coincidence that Acacia was born in Torremolinos in the heart of the Costa del Golf? The legendary writer claims that she “fell into the world of golf” after growing up on the peaceful Malaga coastline before the tourist boom. In 1973, La Manga Club de Madrid was looking to recruit bilinguals and there she discovered a passion for golf that was wholly unexpected.

María Acacia and golf were a match made in heaven. Her story, in some ways, is reminiscent of that of Manuel Piñero who also discovered his passion for the sport by chance. As she explained to Golf Industria, she started working with a “pioneering British travel company that brought players to Europe”. During her time there, she met many of the big European names in the sport when they were playing at European tournaments. 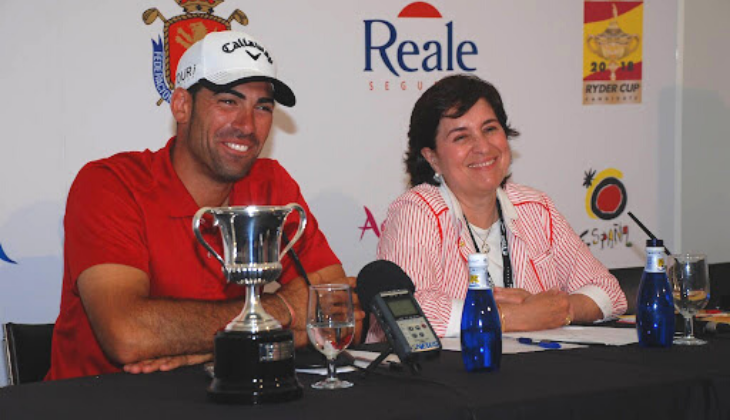 From Spain and Europe to the world.

If it wasn’t for her excellent English, perhaps what happened would never have happened. But it was meant to be. María Acacia López Bachiller had close friendships with some of the biggest players of the time and through them, she gained access to the 1978 Open de España. From the 1970s, the games were filmed and a number of new technologies, such as fax machines, helped to make golf writing easier. What started out as an internship at La Manga ended up with an offer from O’Grady in 1987 to lead the press department for the PGA Championship, European Open and the legendary Ryder Cup, the most exciting of all the golf championships.

Over a decade as head of press for the European Tour.

María Acacia López Bachiller covered the Ryder Cup no fewer than ten times. Over the years, she experienced the highs and lows as the staple addition to the European team. In 1991 she experienced the defeat in South Carolina with as much sentiment as she felt the victory twenty one years later in Illinois (when Olazábal raised the cup to shouts commemorating Severiano Ballesteros).

Acacia was there to see it and tell it all,  as she recalled years later in a conversation with Mundo Deportivo. She was also at the 1997 Ryder Cup, hosted at Valderrama, in which the European team was led by Seve, a player she had always admired. She didn’t miss the 1995 or 1993 editions either, nor any of the tournaments that came later. 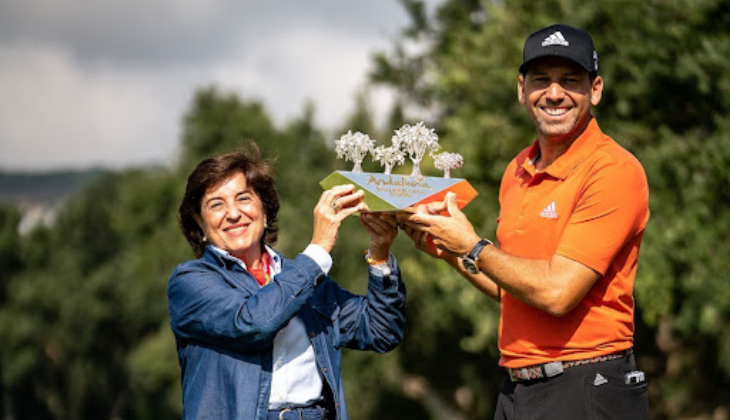 Medal of Merit for promoting the Costa del Golf.

María Acacia López Bachiller received an award by the magazine Andalucía Golf for both her golf writing and promotion of the province of Malaga as a golfing destination. One of the most emotional moments in her career was the opening of the Miguel Ángel Jiménez Golf Academy in her hometown, Torremolinos, proving her great passion for golf and the province of Malaga. In 2018, Real Federación Andaluza de Golf also awarded her the Medal of Merit for her work in promoting golf in Andalusia.

The Costa del Golf is a world-class golfing destination that receives the praise it does today thanks to the work of great professionals. One of these was, without doubt, ‘Mariaca’, as many of the players affectionately called her during her years on the green. Now, dozens of academies, innovative facilities and 70+ golf courses bear witness to the commitment of the big names in the sport which were - or still are - connected to the Costa del Sol. Why not come and experience it all for yourself?