World-class design: the golf courses in the Costa del Sol

With its incredible weather and 70+ world-class golf courses, the Costa del Golf is a truly unique destination for lovers of the game. Internationally renowned golf architects have left their mark across the courses in the Costa del Sol. Having played hundreds of courses around the world, former European Tour player Carlos Rodiles gives us his opinion, in this video, about a number of the courses in the Costa del Sol, in terms of both design and maintenance. In this post, we will take a look at the big names who are behind the design of world-famous courses such as Valderrama Golf, Sotogrande, Finca Cortesín and more. 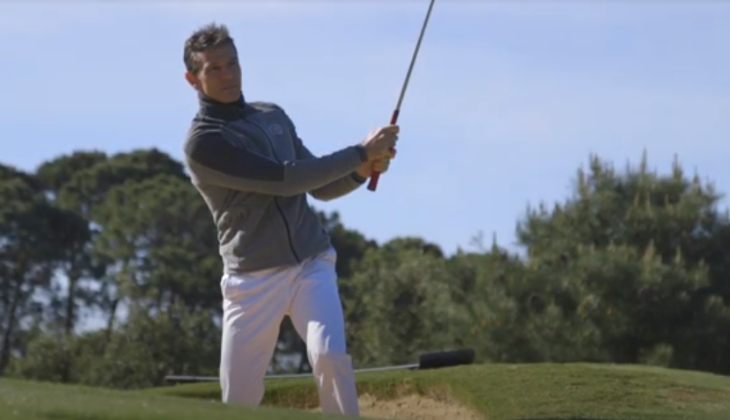 The original first nine holes at Real Club de Campo de Málaga (currently known as Parador de Málaga) were designed by Tom Simpson, a famous British course architect. The great designer also worked on a number of renowned courses such as Turnberry, Muirfield and Ballybunion. The first nine holes of Parador de Málaga were designed by Simpson; a links course that offers a challenging game for veteran players while still treating enthusiasts to an entertaining round.

Torrequebrada Golf was designed by course architect José Gancedo, one of the most famous designers of the courses in the province of Malaga. Sitting on the slopes of the mountain, Torrequebrada is a hilly course offering players a short yet entertaining game defined by undulating greens.

Golf Río Real was designed by Javier Arana, who also designed Aloha Golf. The first nine holes feature doglegs from right to left while the final nine holes have doglegs from left to right. Situated close to the sea, the course is defined by its natural beauty: it is not by chance that the course crosses the river that gives the club its name no fewer than four times. The greens are quite flat, well-maintained and protected by the surrounding bunkers. Aloha Golf, on the other hand, is defined by its diverse holes. Most of the fairways are wide, though there are hazards hiding on both sides. The greens are tricky, especially hole 10, a par-5 that runs next to a lake. 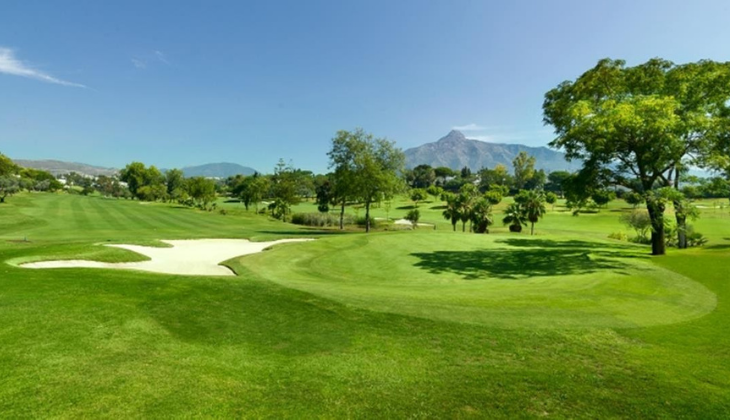 English-American Robert Trent Jones is one of the most prolific foreign course architects in the Costa del Sol. Throughout his career, he designed over 500 courses around the world. In the Costa del Golf he worked on some of the best courses, including Las Brisas, Los Naranjos and Valderrama Golf. Each hole at Real Club de Golf Las Brisas was carefully designed to challenge even the best players to a difficult game while making the most out of the views.

Los Naranjos Golf Club, meanwhile, is one of the best golf courses in the Costa del Sol. Robert Trent Jones considered it one of his finest pieces of work in Europe and it is certainly a championship course. With large undulating greens, wide fairways and water obstacles at a number of holes, the course is a fair test for players with all levels of handicap. And then there is Real Club de Golf Valderrama, which has a reputation for being one of the best courses in Europe. It boasts one of the best par-5s in the world - hole 17 - as well as a number of famous par-3s. The course made history when it became the first Spanish course (and the first course outside of the United Kingdom) to host the Ryder Cup in 1997.

Founded in 1964, Real Club de Golf de Sotogrande was Robert Trent Jones’ first course and, for many, the architect’s greatest work in the Costa del Sol. Considered one of the top ten courses in Europe, Sotogrande is a mature and beautiful course. Right up until the end of his career, Jones believed that a hole should be “a difficult par but an easy bogey”. He applied this philosophy to the design of Mijas Golf, a course that has two incredible 18-hole courses: Los Lagos, completed in 1976, and Los Olivos, completed in 1984.

The Old Course at La Zagaleta was designed by Brad Benz. Although never very popular in Europe, the course architect was renowned in the United States. Originally from California, Benz said that the Costa del Sol reminded him of Beverly Hills with its mountains situated so close to the sea. La Zagaleta sits in the mountains and affords the most spectacular views. Its diverse tees offer players the opportunity to utilise different strategies.

One of the finest pieces of design work in the Costa del Golf is the New Course at La Zagaleta. Designed by Steve Marnock, it is truly something unique. Starting off smooth, the par-70 course perfectly combines golf and nature, offering a thoroughly different experience to the Old Course. 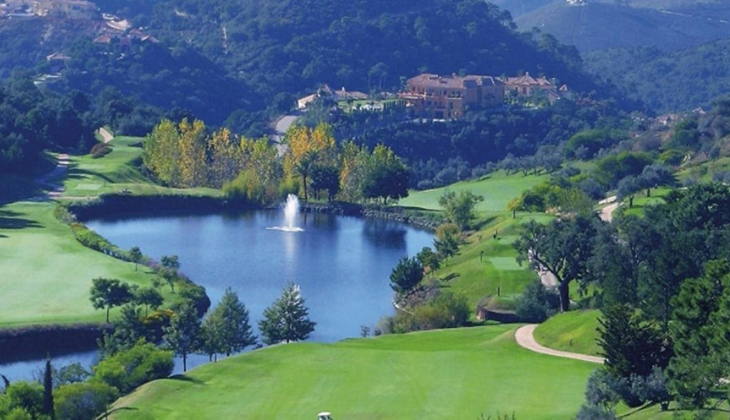 A disciple of Robert Trent Jones, Cabell Robinson designed a number of important courses such as Finca Cortesín (which will host the Solheim Cup in 2023) and La Reserva Golf. The course at Finca Cortesín is defined by its length (6,808m) and its varied vegetation, including olive trees, holm oaks, carob trees, oleander and more. The 18 holes of the course are all very diverse; no two holes are the same, making for an entertaining game. Club de Golf La Reserva, on the other hand, opened in 2003 and has a practice area, approach area, putting green and a fine 18-hole course, which extends for 72 hectares. Both of these courses are impeccably maintained throughout the year.

And to conclude, we simply have to mention Welshman Dave Thomas, who was a professional player who later became a course architect, designing some iconic courses in the Costa del Golf, such as San Roque Club (Old Course) and Marbella Club. San Roque Old Course is the pride of the club and is one of the best courses in Europe, also coming in as one of the top 5 in Spain. Extending for 6,494m, the course is defined by pretty oak woodland in the first 9 holes and water obstacles in the final 9. The course promises an entertaining round for players with both low and high handicaps. Marbella Club Golf Resort, on the other hand, meanders between pine, cork and Portuguese oak trees. It has unbeatable views over the sea and the mountain and on clear days you can even make out Africa on the horizon.

In addition to the designers described above, another name stands out in the Costa del Sol. Miguel Ángel Jiménez is a professional player with twenty nine victories behind him: twenty one of which were secured in the European Tour and eight of which were won at the PGA Tour Champions. The player has his very own golf academy, which boasts a spectacular practice area and a 9-hole par-3 course. In addition to actively participating in the design of this course, he has also had a hand in other courses, such as Guadalhorce Club de Golf, a long par-72 course. The first nine holes of Guadalhorce Golf extend over gently rolling hills and river beds that are a joy to walk. The course presents a varied array of trees, both local and exotic, and a number of lakes in the final 9 holes.

As you have seen, the Costa del Golf has been designed by some of the greatest course architects in the world, leaving behind an impressive legacy of courses where you can enjoy the game throughout the year. Many of the courses afford impressive views over the sea and the mountains. Can you think of a better place to practise your swing? Discover the Costa del Golf and enjoy an unforgettable golfing holiday.