Match play: a great way to enjoy golf with your loved one in the Costa del Sol 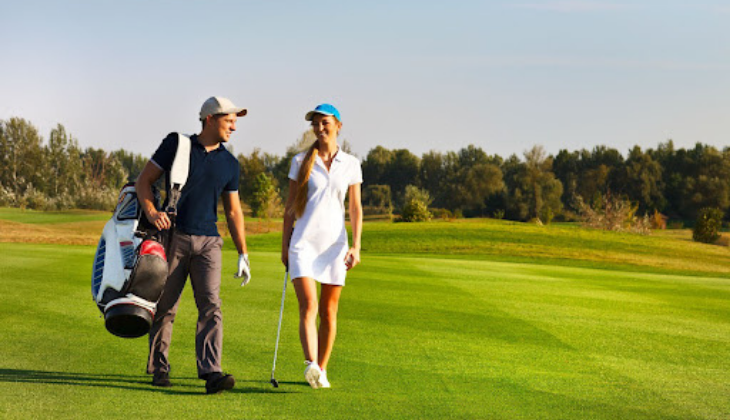 Sport, and golf in particular, is a wonderful way to spend your free time. And if you’re lucky enough to share your passion with your loved one, there’s all the more reason to plan a getaway in which you can enjoy your favourite pastime together. The Costa del Golf is home to over 70 world-class courses and a limitless selection of hotels and golf resorts offering all the services you could possibly want or need. If you’re looking for a form of play which is ideal for playing with your partner, it’s match play. Here’s why.

What is match play?

Match play is the most popular scoring system in professional tournaments, followed by stroke play. In this form of play, two players face each other in a head-to-head game. Two teams of two can also play against each other, making it the perfect way to play on the same team as your loved one. Over the course of the game, players earn a point for each hole they win. The player (or team) that has a one hole advantage is said to be 1-up, while the player that loses a hole is 1-down. 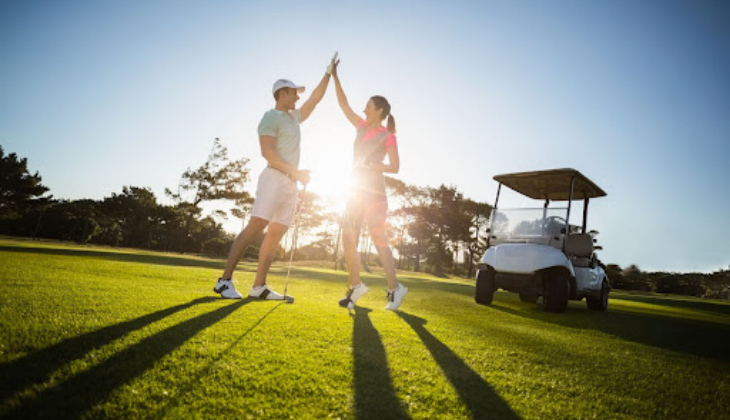 A round of match play golf concludes when one of the players has more points than holes left to complete the course. This player has won the match. In the event of a draw, the players are said to be all square.

There are various terms used in match play that you might be unfamiliar with. “Dormie”, for instance, means that there are the same number of remaining holes as the leader has up. In other words, the losing player must win all remaining holes for a tie. If, however, there is no chance of a draw or win, the player need not finish the hole.

What’s more, in match play, a player or pair can concede their opponent a putt when the ball is so close to the hole that it is assumed that the player would not miss. In this event, they say “gimme” and the rival takes the point without it having been played. In medal play, on the other hand, all strokes must be played. The etiquette of a gimme may demonstrate good sportsmanship, though it may also be used to psychologically throw the opponent when they may expect, but do not receive, a gimme. In match play, a player or pair can also concede a hole to their rival at the tee.

Match play tournaments consist of rounds in which players are eliminated until there is a winner. This form of play is used in team tournaments, such as the World Match Play Championship. The best known match play competition is the Ryder Cup. This biennial tournament has seen teams from Europe and the United States compete against each other for decades. It is the third most televised sporting event in the world, behind the Olympic Games and the football world cup. There are three rounds. In the first two rounds, pairs play foursomes in the morning and fourballs in the afternoon. While on the final day, 12 singles face their opponent in games where anything can happen right up to the last hole. It is arguably the best competition format ever created. The ladies version of the Ryder Cup is the Solheim Cup, which will be held at Finca Cortesín in 2023. In this event, the very best players in the world will face each other in a series of match play games. 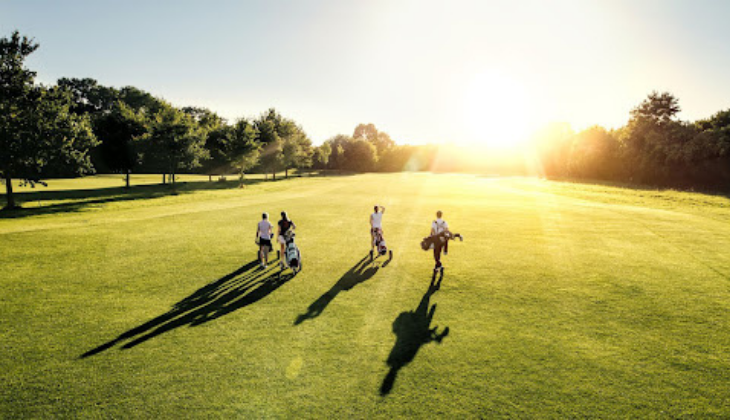 Enjoy a golf holiday in the Costa del Sol

Beyond the incredible golf courses where you can enjoy playing with your loved one, the Costa del Sol is also home to some world-class golf academies where you can work on your technique alongside the best instructors. And that’s not all. There are also a whole host of golf services available, including travel agencies and equipment hire companies, that will help you make the very most of your getaway. Discover all the academies and golf services the Costa del Sol has to offer so you can work on your game and have an amazing time.