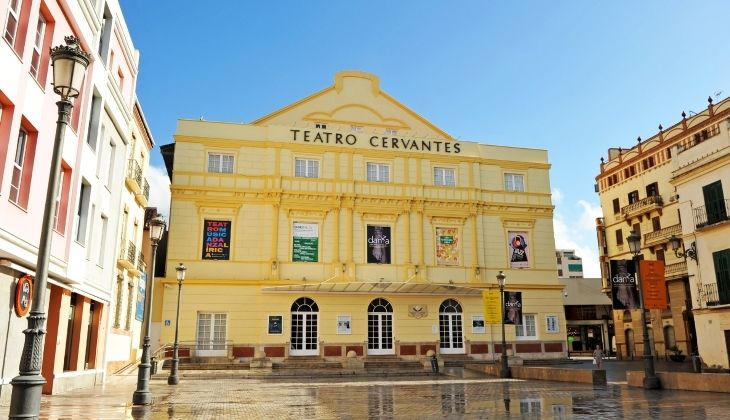 In 2020, Cervantes Theatre, known in Spanish as Teatro Cervantes de Málaga, is celebrating its 150th anniversary. To pay homage to this iconic and special institution, we’re looking back at the milestones that define the history of the building, which has Historic and Artistic Monument status. Join us on this fascinating journey.

After Teatro de la Libertad was destroyed by a fire in the second half of the 19th century, a group of intellectuals got together in Malaga. Their aim was to provide the city with a space where the different performing arts - which had become popular due to the economic and cultural boom - could be developed, thus meeting the entertainment needs of the bourgeoisie.

The project was entrusted to municipal architect Gerónimo Cuervo, who, in turn, sought a collaboration with the Valencian painter Bernardo Ferrándiz, who was living in Malaga. The décor of Teatro Cervantes was conceived by both artists, as well as, due to the urgency of the work, another painter, Antonio Muñoz Degrain.

Bernardo Ferrándiz was given the task of painting the front curtain (which contains his self-portrait in the figure of Mephistopheles) as well as the ceiling of the auditorium. For the latter, he created an allegory of the city, featuring the aspects of its economy, from agriculture, pottery and industry to transport, fishing and maritime trade. These economic sectors had generated the apparition of a culturally-inquisitive bourgeoisie, without whom the construction of the building would never have been possible. 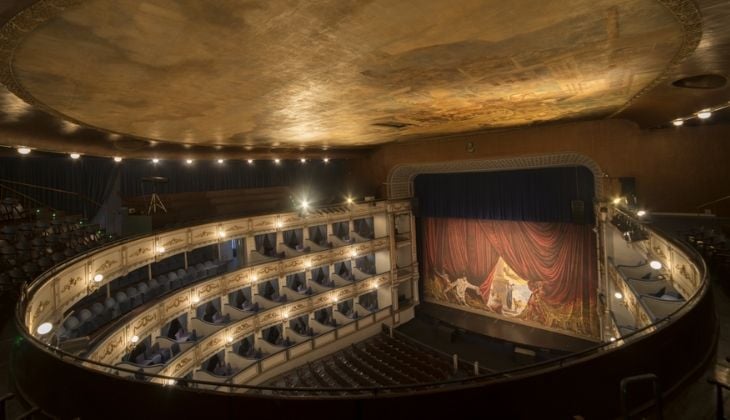 Construction was completed between the April and November of 1870. The theatre was officially opened on the 17 December with the orchestra version of Gioachino Rossini’s opera William Tell. Articles from the time highlight the theatre’s capacity (from 2,300 to 2,400 people), the exceptional size of the stage, as well as the ornamentation which created a beautiful and unique space. The most astounding element was, nevertheless, the conception of the space.

The neglect and reconstruction of Teatro Cervantes

Over the years, Teatro Cervantes suffered a number of different modifications that led to it being neglected and falling into ruin. In 1950, the theatre facilities were adapted to comply with regulations and a number of alterations were made, which had a significant impact on the original design. It was at this point that a bar and projection box were added. 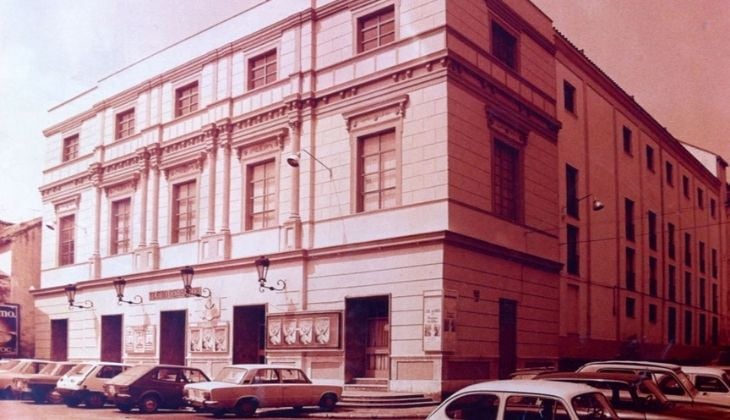 In 1984, the council financed the work to reconstruct the building, creating a new theatre with capacity for 1,171 spectators. In 1987, Teatro Cervantes received the Europa Nostra prize (from UNESCO) for its careful restoration as well as the Best Restoration in Andalusia award in 1987. In 2005, Teatro Cervantes was listed in the General Catalogue of Andalusian Historic Heritage as a Site of Cultural Interest in the Monument category. Over the following years, the building underwent a number of improvements, both technical and design-based, making Teatro Cervantes a cultural hub boasting the best facilities for art performances and screenings.

Teatro Cervantes is committed to offering locals and visitors a cultural experience based on the principles of diversity, rigour and quality. The theatre’s programme is carefully curated to shine a light on the diverse tastes and interests of all theatre-goers, ranging from the classics to the latest trends, hosting a boundless and enriching selection of shows. The institution’s mission is to shape the reality of present-day society’s artistic tastes while preventing the classics from falling into oblivion. The culture on offer at Teatro Cervantes is, therefore, vast, hybrid, evolutionary and, to a certain extent, anarchist. 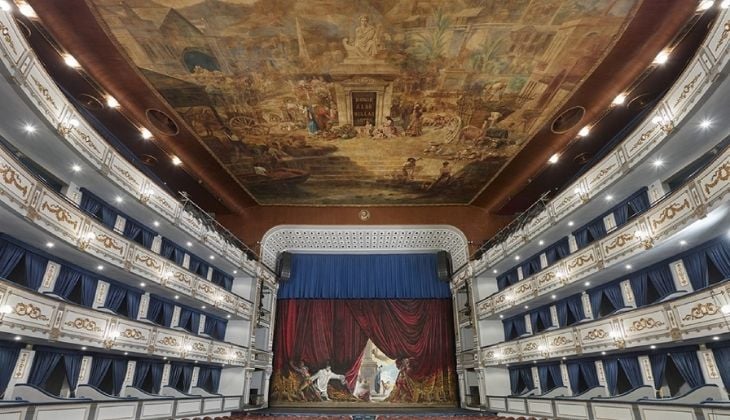