Getting around Soho Málaga: the literary quarter of the Costa del Sol capital 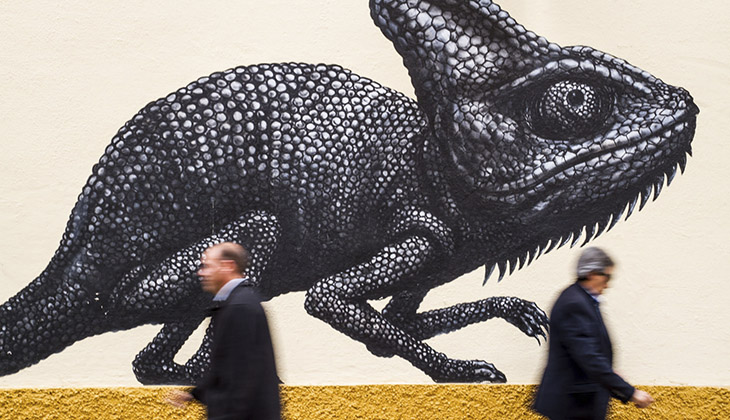 The rehabilitation of this traditional district was undertaken by local residents, who wanted to give a fresher appearance to the area between Alameda Principal and Muelle Heredia.

Here you fill find an art itinerary around the literary quarter of the Costa del Sol!

What will you find in Soho Málaga?

One of the iconic elements in Soho Málaga are the graffiti and wall murals several buildings are decorated with. They are works by such street artists as Obey, the author of the Barack Obama poster with the caption 'HOPE', and D*face, whose interventions can be seen in New York, Barcelona and other cities. The illustrations are all part of the Maus project, aimed at transforming the walls of Málaga into a huge mural painted by artists from all over the world.

In addition to wall art, a tour of Soho Málaga should include a visit to the Contemporary Art Centre Málaga (CAC Málaga), which stages travelling exhibitions and a wide range of activities all year round. There are smaller halls too: the JM Gallery for the visual arts, La Canalla, housing a permanent collection of paintings and sculptures by Francisco Carmona, aka El Artista Canalla, or Casa Grund, a multidisciplinary space staging all kinds of exhibitions.

Soho is a district with charming shops as well. Urban Bycicles, for instance, sells recreational bikes and accessories, while Mai Mai is a boutique selling women's clothing and traditional dolls of the Mariquita Pérez collection.

After art and shopping, you can replenish your energy reserves in any of the modern tapas bars available. Or you can go to the theatre. If you prefer tapas, you can try La barra del Soho, which specialises in local wines and serves all kinds of dishes, or El Rincón del Cervecero, a beer house and brewery. Finally, in Soho there is one of Málaga's main theatres, Teatro Alameda, whose interesting programme includes shows for all types of audiences.

How to get to Soho

The Soho district is in central Málaga, between Alameda Principal and Muelle Heredia in the Port of Málaga. It is thus easily accessed. Alameda Principal is one of the city's main thoroughfares and the starting point of several bus line itineraries. Likewise, Muelle Heredia is the terminus of several buses connecting Málaga to other towns and villages in the province, and it also welcomes cruise passengers.

What's more, the district is a pebble's throw from María Zambrano Station and the coach terminal, both of which are linked to Málaga Airport. If you are coming by car, there are numerous blue parking areas, as well as both public and private parking lots.